Such a common question to break the ice among strangers can be really problematic when your job is actually doing science, and even more if you do it with animals. Because behind that exclamation: Neuroscience, how cool! comes the next question: but what exactly?

So today I am going to try explain what I do like I would to that poor curious person that asked the infamous question. 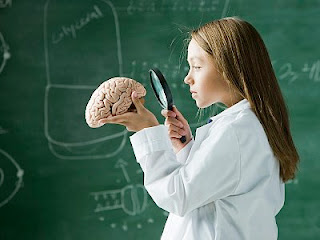 I could start simply by saying that I look into mice’s brains while they observe, and I wouldn’t lie. But that’s only part of the truth. Because it is not enough with looking at their brains to know what their neurons say/do, we need to get even closer. That’s why we need to remove part of their skull and place a tiny glass window through which the laser of our microscope will get to the neurons we want to have a look at. The microscopes that allow to see deep within biological tissues are the multiphoton ones, two-photon for us, that allows us to see into the mouse brain down to 500-600 microns (a micron is a millionth of a meter).

However it is not enough with letting light go through the brain to be able to discern what neurons are doing, that is, their activity. For that you need a luminiscent indicator, that will do something similar to the LEDs in your TV, that blink. Here blinking is the morse code for cell activity our microscope helps us see, and the intensity of the flash of light, that of the response. There are several activity indicators, some synthetic like OGB1 others genetically encoded like GCaMP3 o GCaMP5, that are expressed by neurons after infection with an artificial virus that carries the information to tell the cell to produce it.

Anyone can imagine that brain activity is so wide that to get to see something, even when we can physically do it, we need to isolate what we want to see.

In my lab we are interested in vision, therefore the cells we are looking for are located in mouse visual cortex (V1) and to see them in action we stimulate them visually (duh!). These stimuli are quite simple, in fact they are just combinations of black and white stripes of several orientations either standing or moving; and even if they can seem quite lame for us, neurons in the mouse visual cortex find them really interesting.

Down here is a video of a 200 square micron area at a 170 micron depth in mouse V1 where you can observe neuronal activity in respect to presence/absence of stimuli, coded by the green vertical bar that appears on the right hand side.In the video you can also see blood vessels that appear as dark holes in the image. Neuron’s cell body looks like a fried egg with a darker nucleus, with some attention you will even appreciate some lightning that corresponds to the transmission of action potentials (and information) along the axons/dendrites. The indicator in this articular case was genetically encoded, one of the GCaMP family

And this is only the beginning, with this technique one can do experiments of learning and memory, plasticity mechanisms, lesion recovery/retinal degeneration…

To this, my friends, is to what I dedicate my days: to long hours of darkness. A mouse, a microscope and me. And hopefully some blinking neurons…

2 thoughts on “So…what is it you do for a living?”