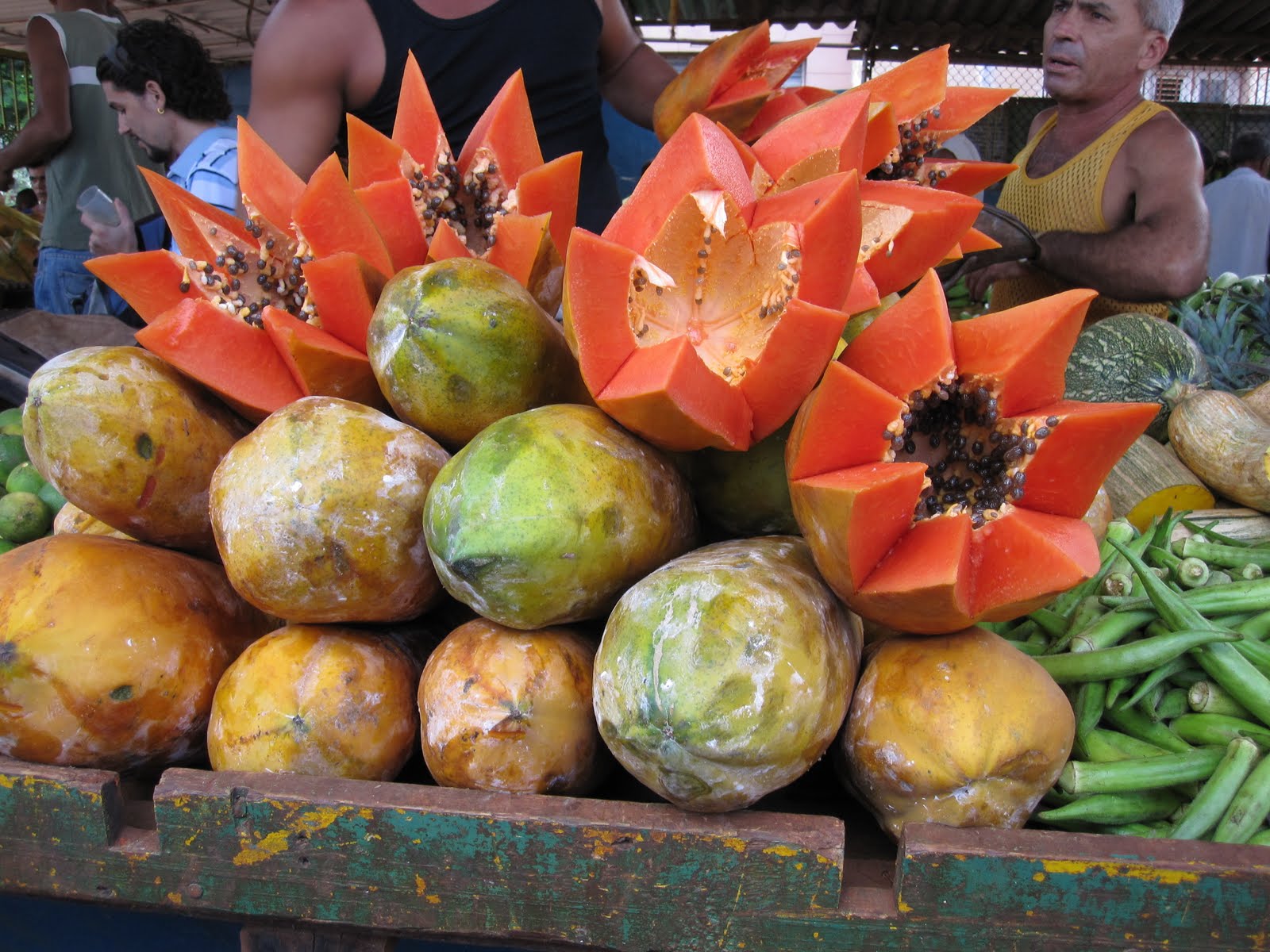 Long time no see…Sorry I haven’t posted anything in english for quite a while but I have a perfect excuse: I was on holidays. In Paradise aka Cuba. While in there I had time to catch up with sleep, recharge my vitamin D reservoirs for the winter and taste a bit (only a bit 😉 ) of their national drink -rum-.

Today I want to talk about something that repeated itself a lot while being there, and I am not referring to the millions of times they whistled at us as if we were dogs, I mean this: “Natural, no chemistry”.  Wherever we went to, be it a tobacco plantation, a field, a restaurant or at the beach the promo ALWAYS included such sentence. And it is so that the stupidity of the chemofobic movement has reached even this last communist stronghold (ha!). It is kind of funny (if it weren’t sad) that the snobbish BIOorganic concept defended so wholeheartedly by those that don’t understand anything about chemistry, biology and of course about health has got to impregnate the minds of people living in a country where pollution caused by traffic (and that even though there are not that many vehicles) could overshadow easily that of cities like Madrid that are anything but clean (those old american cars are supernice for a postcard but pollute almost as much as those new produced by China and sent in to renew the Cuban stocks). Where are the dangerous chemicals then?


For the very last time, and in case someone forgot their basic chemistry class in high school: EVERYTHING AND EVERYONE IS CHEMISTRY. Made of, that is. From that annoying fly buzzing around your table, to the leaves falling once the autumn comes to that steak you-re eating or that rock you climbed yesterday. Even, and think about this carefully, YOU yourself are made of chemicals. We are all made out of atoms (for the living beings of the earth basically out of carbon), which then form molecules that react among each other in chemical processes. Is that clear enough?

Oh! Wait, I guess the problem is the origin of those products, not the products themselves, their inner chemistry is fine. And then, going back to Cuba, I wonder if I would feel safe eating an organic tomato watered with water that might be contaminated by industrial waste but that never was under any kind of synthetic pesticide.

Let’s make it clear from here that I abhor any kind of pesticide (be it natural or synthetic) that causes a demostrated damage to either humans or the environment (long or short-term) but let’s try not to get crazy or idioticed by an idea. Surely you think what you used to eat as a child was better (tastier) than what you buy now at the supermarket, but even if that were true, memory tricks aside, it doesn’t mean it is dangerous. Many of us want to eat better and at the same time encourage a different approach to production more responsible towards the environment. I guess that’s from where the BIO label arises. Two problems with it. First, natural is not necessarily better. A pesticide with a natural origin such as those derived from copper used in organic agriculture can be as contaminating or toxic as a synthetic one depending on its use (dosage) and secondly,  that behind the BIO concept there is far too much snob and too much rebranding of the same old corporative labels (same thing different name). Also its only warranty is a more expensive shopping cart. If you really want to go back to eating better and tastier, you have three options: get your own garden, go back to buy to the source (the farmer themselves) or if you really like this BIO stuff, against all inconsistencies (export is fine, even though is not quite natural, like it is not storage in cold rooms or harvesting before ripening. About the energy consumption it means -this CO2 footprint-, the effect on flavor or product quality we don’t even talk. Remember the important bit is it is NATURAL), at least demand that behind the label there is something truly eco-responsible.


It might seem the opposite, but the point of this post is not to defend a standing point on organic produce -yes or no- only to condemn how this fashionable eco-natural concept, defined as opposed to the evil chemistry, is misused as a new marketing strategy. True that a change of attitude is needed in society if we want to stop climate change and invest on sustainability but we must be cautious not to fall in the trap of playing the same game renamed (capitalism). And above all, please remember that chemistry is not evil, or deadly…although maybe you are (F. Castro).