When I was at school they used to tell us that with the neurons you were born they would bury you, well maybe a few less, depending on how life treated you…(for boxers more than a few less, actually they get to resemble Alzheimer’s patient but in younger ages). They also told us that women are born with all the oocytes/eggs she’ll be able to produce in her life. Namely, she’s got a determined number of germ cells, which are the precursors of eggs, and will not get a single one more. Ever. Again.

But NOW…it turns out that both are not true.

The first myth fell already years ago, when a couple of brain regions where new neurons are born (neurogenesis) where discovered (hippocampus and sub ventricular zone). However, as it usually happens with pioneering work, back in the 60s no one took seriously the description of this phenomenon, taking some 20 years for it to become accepted (and still however there’s controversy as to whether this is real for humans, for a thorough review I recommend to check Neurophylosophy).

Now it seems the second one has just fallen too, that of a predetermined reproductive capability from birth (in females). 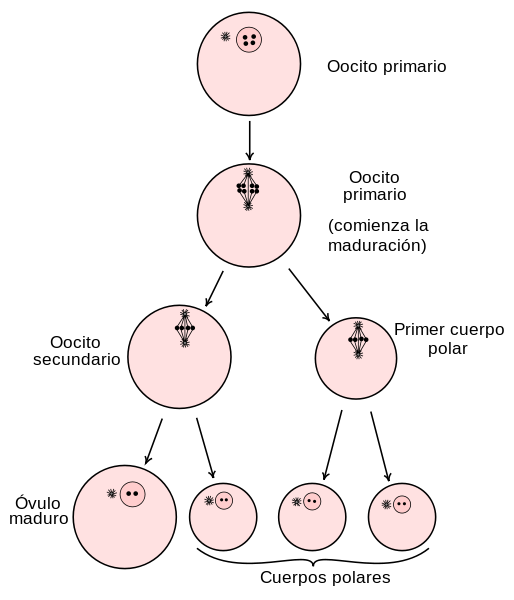 As we learned at school, germ cells with mitotic capacity, that is, that can divide and that will give rise to oocytes, migrate to the ovaries around the 5th week of pregnancy. And from the 8th week and till the 6thmonth of age they differentiate to primary oocytes that enter the initial phase of meiosis (yet a different kind of cell division process where the daughter cells have half of the chromosomes the “mother” cell had, typically oocytes and sperm) and the follicle starts forming. However, this whole process comes to a halt until the sexual maturation culminating in puberty (more here).

So…clearly, from this we could think a 6 month baby girl already has all her pre-oocytes in-line and there are no new arrivals to be expected.  However…

In an article published last week in Nature Medicine, Yvonne White y Cia., prove it possible to purify mitotically active germ cells from reproductively active women, and NOT from developing embryos, which were the only know life stage where these cells were believed to exist, and even more to develop them into oocytes not only in vitro but also in vivo.

This discovery could have great potential in the treatment of certain forms of female infertility, like those caused by follicular atrophy, where this germ cells could be (in principle) be isolated from the patient and develop them in vitro for fertilization without the need of an oocyte donor…nonetheless, this is just a newborn field and we just cannot build up excessive hope until it doesn’t become a reality at hand.

Meanwhile I am dying to see which will be the next big falling dogma.Place your bets!
If you have liked this post, vote for it in OpenLab2013!