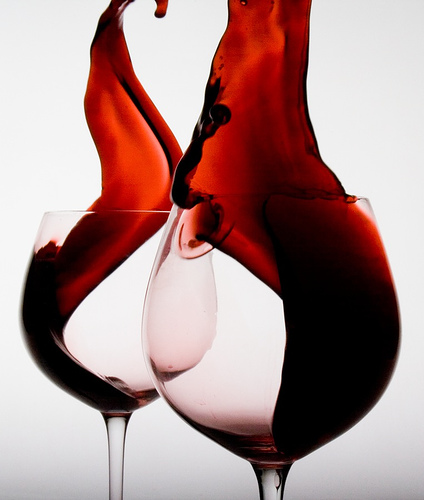 I’ve always found funny the whole ritual of wine tasting: smell, move, try, savor, taste…all to extract the maximum from the sensations experienced by our tastebuds and be able to recognise all the nuances the label describes. Of course, so much so the more expensive the bottle.
It is not that I doubt of the palate of connoisseurs, even less of sommeliers’ experience. Of what I have my doubts, and for a reason -as I hope you’ll agree with after reading- is of our senses.

At school one of the first things we learn is that we have five senses and that the information we get through them is a reliable copy of the reality around us. As we grow up, and if we get deeper into what Biology has to offer, we discover there is more. In the brain there are processing mechanisms that deal with this basic sensory information and include  from past experiences to memories. But also, that expectations determine a great deal of how we perceive things and how we interpret them. And if not, just ask Proust and his famous madeleine.

Back to wine, an american psychologist decided to test to which extent the price tag of a bottle of wine correlate with people’s opinion on its quality. For that purpose, he selected a variety of wines ranging from 5$ to 50$ (3’5-35 euros) and asked 600 people which wines they thought were the most expensive. This study was a double blind which means that neither the experimenter nor the subjects of the experiment knew which was which, and this is an important fact to make sure there was no bias and that the experimenter was not letting anything away.
At first it seems obvious we all would be able to tell the difference between some plonk and a Vega Sicilia, the evidence suggests exactly the opposite, however; for the more than 600 people interviewed in the experiment were only able to tell the real expensive wine close to 50% of times, that is to say that flipping a coin would have been equally good at judging. Does this mean then that it is utterly stupid to buy good/expensive wines and that we would enjoy equally with some unbranded one?
Luckily for wineries and related-business that live on selling the wine experience there is no need to worry. Why?

Because wine tasting is much more than the sum of its molecules. At least that’s what some neuroeconomists at Caltech reported in a study from 2007. In this experiment they took 20 people and placed them inside a scanner (fMRI) that measures brain activity based on changes in blood flood to the different brain areas. The more active, the more blood these areas will require to oxygenate and feed their neurons. Once inside the scanner they were given five different wines priced 5$-90$ (3.5-60 euros) via a straw (you can’t really place a bottle, a nice glass, and perform the whole ritual inside the scanner. Lack of space, I am afraid). The gist was that, in fact, ONLY three were different. The same wine appeared twice, once as a cheap wine and a second time as a pricey one (the difference in price sometimes got to be of nearly 900%, from 5$ to 45$).
This time the subjects of the test did know the price of the wines they were tasting, therefore they always said the more expensive wines tasted better, even in those cases when the wine was the same but for the price tag.
What happened to the brain then?
Even though several areas get more active in response to wine tasting there seemed to be an exclusive response to the price localized in the orbitofrontal cortex. This is part of the frontal cortex, a region related to decision making and integrating thought processes and actions together with internal desires, among others. In our present situation it would be responsible for adding the value of the wine’s price to the sensation perceived by both our nose and mouth (if it weren’t for our nose we couldn’t distinguish the taste of food. That is why when we have a cold food taste like nothing. If you don’t believe me, just try tasting some cinnamon with a pinched nose).
To conclude we could just say that if we would JUST look at taste, then most of us are fooled by labels, price and all the make-up surrounding the experience of a wine, a beer or even a Coke! Actually in blind taste tests Pepsi seems to beat its bestselling competitor (The Pepsi Challenge)  but who doesn’t want to live The CocaCola Experience?
If you have liked this post, vote for it in OpenLab2013!